Many years ago, while still young enough to believe that we were somehow possessed of certain talents that would eventually surface to bring us fame and fortune and a measure of self-respect, it was our ambition to write convincingly of a community whose moral values were antithetical to our own. A society where egotism was a virtue and compassion a vice; where greed was admired and generosity reviled; where pomposity, deception, thievery, betrayal and even murder were essential steps to salvation. Of course, the creations of Orwell and Huxley, among others, offer communities with values far different from our own. However, these luminaries had not attempted to win the sympathies of the reader to the moral precepts of their societies. And this, we felt, would be the ultimate challenge to the talents which we believed lay dormant somewhere within us. 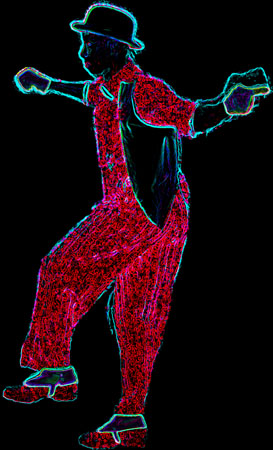 As we said, all this was many years ago, and we have long since accepted the depth of our mediocrity. Our youthful dream eventually faded along with most of our other ambitions, and we became reconciled to the fact that our imagined society would never see fruition.

And then we lived through the eighties. For these eight long years, we have studied at the foot of the master. And we have learned our many lessons well. We have memorized all of the parables: Catsup is a vegetable. People enjoy living in the streets – it’s just like camping out. The way to help the poor is to give to the rich.

And now, at last, we understand. trickledown economics will solve all of our problems. If you give rich people more money than they can possibly use, eventually some of it will trickle down into the hands of the poor. Of course there will be some people who will complain that they are tired of getting trickled on.

Well, there you go again!

These are the people who are always complaining. They will just have to realize that someone has to make some sacrifices if we are to restore our country to its proper role as moral arbiter and controller of the currency for the rest of the world.

We must put away our childish prejudices, our hang-ups on verity and humility and compassion. We will never achieve our noble aspirations with wimpy platitudes. And we must dedicate our efforts to the pursuit of global domination. The task before us requires creative duplicity, courageous buck-passing, principled backstabbing, magnanimous avarice and a benign willingness to trample anyone who stands in our way. Only thus will we prevail. Greatness beckons and we must never waiver . . . or words to that effect.

Moralists can no longer afford the luxury of sniping at such petty character flaws. The greater sins that plague our society in the eighties are more insidious and far more deeply rooted. They stem, in fact, from our physiological make up – to be specific, from the endocrine system. Think about it. Which are the sins that most offend the orchestrators of societal behavior? They consider any undertaking that is unnaturally animated by adrenalin to be exceedingly vulgar, unless, of course, it is properly directed. Urination, they insist, must also be properly directed. Nose picking gives them fits.

But, of course, sex – or at least getting caught at it – is the ultimate evil. Procreation is a dehumanizing and degrading act to be avoided by the god fearing. The contorted positions and the panting and grunting are beneath the dignity of the truly pious. That many seem to actually enjoy such profane excesses speaks volumes of the level to which our society has sunk.

The simple act of fornication involves several glands, most of which we can’t pronounce and many of which we have never heard. As far as we know, a complete list has never been compiled. It is not a subject for decent scientific inquiry. Endocrinologists, as we all know, conduct their activities in the darker corners of the medical world, and they – along with proctologists – are not welcome in polite society.

As a general rule, any action involving the secretion of bodily fluids is immoral. Truly sanctimonious people do not sweat. And their kidneys have long since atrophied. In Genesis, we are given to understand that Adam and Eve, until after their expulsion from the garden, had never been caught swapping spit – let alone exchanging more gelatinous fluids. And in spite of the old joke about the Vatican having installed twenty-three johns, the rumor persists that there are no urinals in the palace of the pope.

It remains for us, the degenerate sons and daughters of the serpent, to explore and to exult in the more prurient possibilities of our glandular discharges. With some notable exceptions, we all perspire and urinate and defecate and ejaculate with varying degrees of satisfaction. And therein lies the evil: the perverse pleasures we derive from these animalistic excretory functions.

Nowhere is our shame more graphically illustrated than along Snoose Boulevard. Knock on any door. You will find someone willing to discuss his sexual exploits over a glass of beer. He will tell you about the preacher’s daughter, or the cheerleader under the bleachers. And he will sing you songs of dancing girls and wayward nuns. If he is too old to actively participate in the sport, he will happily recall, for your amusement, adventures of an earlier day. Or he will discourse at length on the multifaceted subject of defication. Where else but on Snoose Boulevard will you still find spittoons in all the bars? Where else would a man wave to passing friends while urinating in the gutter? Where else would a woman buy a drink for a stranger and offer to drive him home in the hope of getting into his knickers?

The Neanderthals and troglodytes who live and love and waste their lives in senseless frivolity and hedonistic pleasures in the bars and alleys and brothels along Snoose Boulevard are anathematic to the superior morality of our new age. They have disgraced the good name of America, and they have set back the evolution of the species by a hundred thousand generations. It occurs to us that, perhaps, in reporting on them and their activities sympathetically and non-judgmentally, we have inadvertently come as close as we ever will to the realization of our youthful ambition.