Once, knowing full well there are words one does not use in anything one writes, I dusted off my keyboard and typed the word brusquerie into something I wrote. 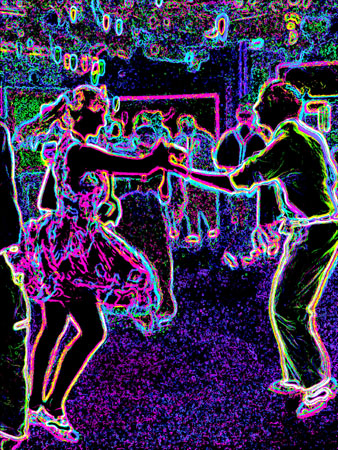 They do not gladly suffer verbal license, these people.

Nevertheless, I once used the word brusquerie in something I wrote.

I had considered using brusqueness, even bruskness with a “k” rather than the generally accepted “que".  After all, the words are synonymous, aren't they?  In my dictionary brusquerie is defined as (what else?) brusqueness, and you can't get much closer than that.  But I found the flavor off, like mayonnaise when sour cream is called for.

And so it once happened that I used the word brusquerie in something I wrote.

Words will always carry more baggage than can be contained in our tight little textbook definitions.  And we must consider more than mere meaning in our choice from among available options.  We must consider how the word will fit into the sentence; into the paragraph; into the scheme of things entire.  Does the word, in and of itself and without reference to its symbolic meaning, contribute to the sense and the sensibility of the composition?  Does it facilitate, or does it impede the flow of the intended communication?

The very presence of a word in a sea of neighboring words, the space it occupies on the printed page, can skew the subtle shades of its meaning.  The various inflections when spoken, the rhythms, the textures, the heft of it on the tongue, the buoyancy as it lofts into the air, and the way it relieves the silence as it falls upon the ear all speak as eloquently of its meaning as anything written by lexicographers.

Brusquerie is a butterfly of a word; brusqueness is a crow.  If we were to characterize brusquerie as a rapier, then brusqueness would be an axe; bruskness with a “k” could only be a bludgeon.  Each of these words has its utility in our linguistic armory; but they are not interchangeable.  To paraphrase Mark Twain, the difference between the right word and the almost right word is the difference between lightning and a lightning bug.

Which is why I once used the word brusquerie in something I wrote.  And, even though I own an eraser in perfect working condition, I have allowed that offensive word to remain on the page where I once typed it, and where it continues to incite the indignation of all who read it.

And so I am compelled to explain, again and again, why it is that I once used the word brusquerie in something I wrote.