Coin of the Realm

Today I gave my eight year old granddaughter a wonderful present, a bright and shiny new word − a word beyond her experience. And I watched her eyes as she accepted her gift, as she cradled it in her thoughts − as she held it to the light like a shiny new penny. Then she wrapped it again with the context in which she had received it, and placed it in her pocket for safe keeping.

Tonight, she will climb into bed and her mother will read her a story or sing a lullaby. Her marvelous new word will lie beside her on the pillow as she sleeps; it will whisper its name in her dreams.

And tomorrow, she will seek out opportunities to try it out on her teacher, or to share it with her friends. It will feel awkward in her mouth at first, but in time, with continued use, she will wear the hard edges smooth, and it will come naturally in her conversation.

Then I will give her another bright new penny of a word.

Words are the currency of conversation − of ideas − of consciousness itself. Without the words to frame them, ideas are mere shadows that fall across our minds and disappear, as phantoms, into the mist. They will not linger; they must be purchased with the coin of their twilight realm.

Recently, a friend, who was proofing a story I had written, remarked that she could not find the word, “distinguity” in any of her dictionaries. In my vanity, I replied, “That’s the trouble with dictionaries; they run out of words before we run out of things to say.” I freely admit that, instead of minting a new word, I could have used “distinction” but that carries unwanted overtones, or I could have written, “the quality that distinguishes a thing from all other similar things.” I could have done that. But doing so would have thrown off the rhythm of the sentence, which would have altered the rhythm of the paragraph. And, frankly, the definition (for that is the definition of distinguity as I intended) can never be as precise as the word itself. And a new word can never be as precisely defined as it will be defined by the context, in which it was created.

In our modern, constantly changing world, new words are minted every day. So I feel no obligation to apologize. I have offered you a shiny new penny, which you may spend, or save, or − if you are so inclined − throw away. But, before you toss it, you might consider offering it to some bright and curious child of your acquaintance. 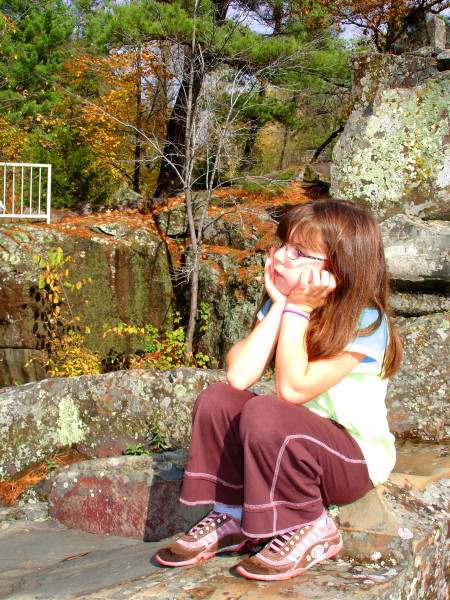