On the Subject of Wearing Another Man's Underwear

I have borrowed this brief rumination from my novella, Inquiring Minds at Christmas, which appears in the collection of my short stories and other garbage that I have titled Snoose Boulevard and Points North.

Although some people, whom I shall not name here, probably would have made better vegetables, the human species is, after all, a member of the animal kingdom, and--as do all other animals--we rely heavily on our instincts to guide us through our daily misadventures. 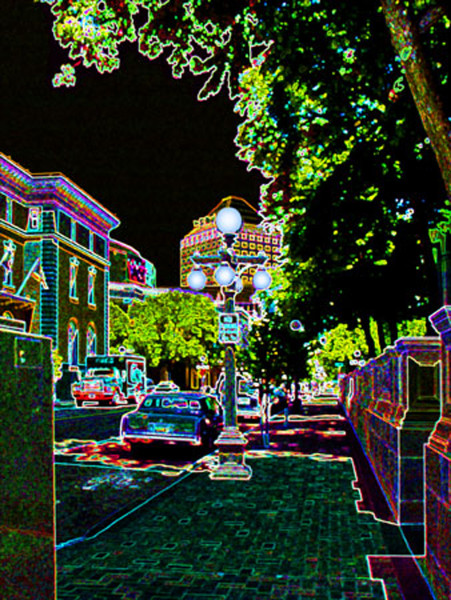 When long underwear is brand new, and for the first few washings thereafter, the soft and elastic fabric embraces a man's flesh with a lover's caress. A poor man can be rich, and the lonely can feel cared for when they are wearing new underwear. But hot water and detergents have no mercy on a man's intimate apparel. With repeated weekly washings the soft inner nape wears away and the elasticity surrenders to the relentless tug of gravity. All too soon, the fabric relaxes its fond embrace and begins to sag in weary indifference. It bags at the knees and droops in the seat, and finally it abandons all devotion to the body it envelops.

Waldo's long underwear wasn't brand new, but it was still soft and warm on his freshly scrubbed flesh. Much love remained in the material. But it was a love never intended for Tokay Red; it was Waldo's underwear, and it was reluctant to share its affections with a stranger.

For the benefit of those among you who have never had occasion to wear another man's underwear, please indulge us while we make this point: Underwear is not like a pair of pants or a jacket; you can't just put on a pair of underwear you get from the Salivating Army and expect really to possess them. You know – and the underwear can never forget – that they once belonged to another man. A man will never be comfortable in second hand underwear until he has claimed them for his own.

Tokay Red felt a strange discomfort at wearing Waldo's underwear, much as a wild animal might feel upon finding itself deep in the staked-out territory of a competitor. But, being no philosopher, he did not wonder why, or search his soul for obscure remedy. All his life he had survived on instinct, and, if he would prevail over his present discomfiture, his instinct – not his frail cognitive powers – would guide him to victory.

Meanwhile deep in the glutinous tissues of his digestive organs, enzymes were busily breaking down the fats and carbohydrates of the fresh-baked bread he had eaten in Josie's kitchen, releasing the usable energy locked therein and coincidentally producing discomforting quantities of methane gas. The gas collected in bubbles of ever increasing size in his large intestine, and, as the pressure escalated beyond the capacity of his colon to contain it, it found release along the path of least resistance.

So it was that instinct, as it also guides the civet cat and the hippopotamus, revealed to him the means by which he would lay claim to that underwear as his own personal territory. As the flatulence worked its wonders on the flannel, he felt the elasticity magically returning to the fabric. And the underwear, like fickle womanhood, betrayed its erstwhile paramour and surrendered to the charms of his freshly laundered flesh.