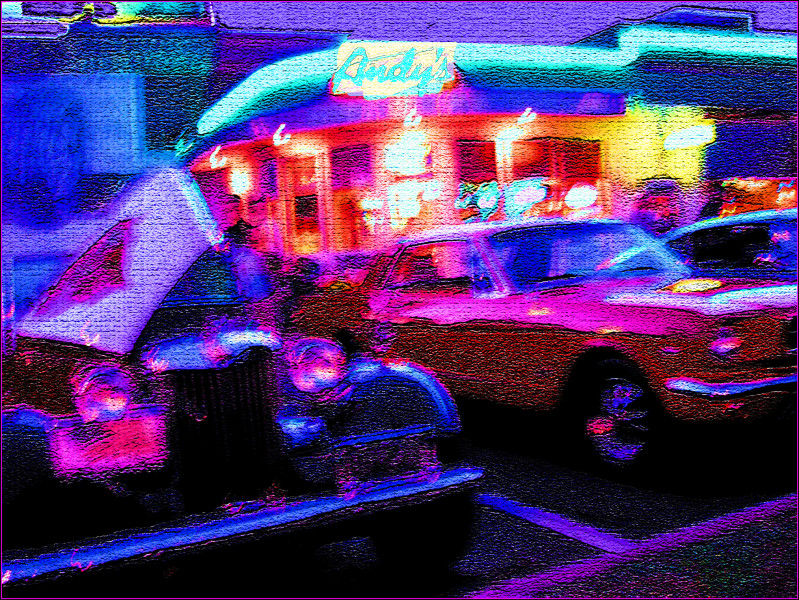 What sort of people are they who buy all of those turd brown cars? This is one of the great imponderable questions of the age, one that has baffled scientists and philosophers since the invention of the automobile.

We are not speaking of people who buy used cars that happen to be turd brown – anyone might do that under certain circumstances: It might be the only one available that fits his needs or the only transportation he can afford. The buyer of a used car is at the mercy of the market. Again, the color may be a consideration in negotiating the price. The dealer will usually knock off a couple hundred dollars to get the ugly damned thing off his lot.

But, somewhere out there, people are buying turd brown cars brand new. They have their choice of a rainbow of colors, and they choose the turd brown. Regardless of assertions to the contrary by anyone who has gone into hock for the next five years for the privilege of looking other motorists directly in the eye and feeling no shame, the car’s appearance is its largest selling point. And the color is a primary factor in its appearance.

It is tempting to believe that the people who pay good money for turd brown cars are all mentally deficient. But, the prices of new cars being what they are, not many retarded people have either the down payment or the required credit rating. That is not to suggest that mentally deficient people aren’t able to get well-paying jobs. Many have inherited the company from daddy, or daddy may have had sufficient leverage in the organization to get junior a nice comfortable position. (President of the United States springs immediately to mind.)  This is America, after all, and we tend not to discriminate on the basis of ability.

But these fortunate few could account for only a small fraction of the many turd brown cars on the road today. A far more satisfactory explanation was offered by Gwendolyn the Gorgeous Bag Lady at a recent impromptu symposium on the psychopathology of everyday life, which was held in the back room at Big Alice’s Fine Wines and Burgers. Gwendolyn has pondered the question for years, and has come to the conclusion that these people are all gworps.

A gworp, you will remember from high school, is a person who farts in the bathtub and breaks the bubbles with his nose. The gworp is also characterized by an inordinate fondness for elevator music and tractor pulls. He can be recognized on the street by the way he pulls his trousers up as high as possible, until the belt line is above his elbows, thereby treating himself to a self-administered wedgie. Gworps, in our society, are legion.

So, the Gworp family, having driven the old heap for fifteen years and racking up over 40,000 miles, decides that the time has come to trade it in on a new model. After work on payday, they drive down to Freeway Auto City, where Cousin Clarence got a pretty good deal, by golly, and announce their decision to trade in the old bus. We, ourselves, haven’t been in a dealer’s showroom since our divorce these many years ago. But, as we remember it, the ritual goes something like this.

After the test drive – twice around the block in low gear – the Gworps sit down in the salesman’s office to select the options: That snazzy four door model with the standard four cylinder engine; automatic transmission because the missus never learned to handle a stick shift; air conditioning; AM-FM radio; cloth seats because vinyl aggravates the mister’s hemorrhoids on winter mornings, and the sports package, which includes dual side mirrors and aluminum hub caps.

Then the salesman totals everything and comes up with a figure several hundred dollars over sticker price. He explains that the sticker price is what the dealer pays to the manufacturer, and that they have to mark it up so they can pay the overhead on the building. They will forgo the profit on this deal because it’s the owner’s birthday and he likes to do nice things for people on his birthday. The Gworps were hoping to get it for sticker price just like Cousin Clarence did, and they are visibly disappointed. So the salesman agrees to talk to the owner and see if he won’t, just this once, let it go for the sticker price.

Left alone in the salesman’s office, the Gworps talk it over and decide that, just maybe, if the owner would split the difference, they might be able to afford it. And almost as though he had heard every word of the conversation, the salesman returns to say that the owner wouldn’t let it go for sticker price but he would agree to split the difference, if that was alright with them.

So the deal is made and the salesman begins writing up the order. Only one question remains to be answered. What color would they like? The mister picks up the brochure and studies the available colors for a few minutes. And then in an off-hand manner, making it clear that the color isn’t really all that important – it’s performance that counts – allows that, "Well, that turd brown there would be alright, I guess.” And Mrs. Gworp, who has also been studying the brochure over his shoulder, agrees that, “Yes, turd brown would look really nifty – with the baby shit yellow upholstery, of course”.

All across America, this scenario is played out thousands of times a day. Do the math. If only five percent of the population buys a new car in any given year, and one in ten new cars is turd brown, then 1.5 million gworps a year place orders for turd brown cars. And then, if we invert that same five percent figure and apply it to our car buying gworps, we can deduce that there are thirty million gworps in America, each contributing his voice to our collective cultural tastes. But the really scary part – and the only reason we brought up this whole thing in the first place – is that probably every one of those thirty million gworps will consider it his patriotic duty to vote in the next national election. God help us every one!