I should probably preface this posting by admitting that my knowledge of quantum physics is limited to what I learned in a physics for non-science majors course in my senior year at college, plus what I had picked up in magazines such as Omni and Scientific American, as well as Steven Hawking’s A Brief History of Time and a few other books on cosmology.  I have absolutely no credentials in physics, and I have never held out any hope of being taken seriously by serious scientists. 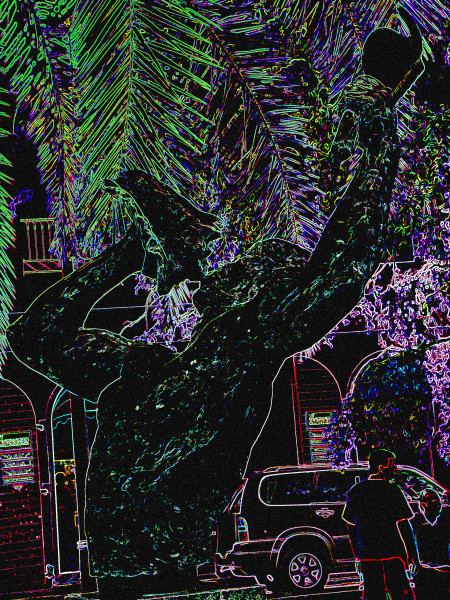 Last night I watched the Nova presentation on Hugh Everett’s theory of parallel universes, and I was both gratified and – just a bit – disappointed to learn that his theory is remarkably similar to my own ideas on the subject.  I was gratified in the sense that the validity of my musings have been reinforced, and yet I am disappointed to learn that he published his theory about twenty five years before I arrived at the same conclusion – and over fifty years before I published my ideas.  Furthermore, while his publication was a doctoral dissertation, and was accompanied by mathematical support, I offered my thoughts in the afterward to my book of short stories, Blasphemies and Bloviation, and now, in the introduction to my novel, World Enough and Time.

I don’t remember ever having heard the name, Hugh Everett before last night, though, of course, I have long been aware of the phrase, “parallel universe”.  However, I had always believed the phrase referred to simply a second universe – similar, yet different in some respects – coexisting with our own.  The Nova presentation made it clear that Doctor Everett intended it to mean an unlimited, and exponentially expanding, number of diverging universes, each embracing a reality different from the reality of every other.  In fact, it was the use of the phrase, diverging universes, in the introduction of the Nova presentation that first caught my attention, as, in my brief essay, I had referred to diverging realities.

The difference – if, indeed, there is a difference – between Doctor Everett’s theory and my own lies in how we arrived at our conclusions.  His resulted from his ruminations on the Copenhagen interpretation of quantum theory and Schroedinger’s arguments against it.  While my conclusions were implicit in my postulate that time, like space, is multi-dimensional.

If you missed Nova that night, or would like to learn more about his theory, you will find some of his writings at:  http://www.pbs.org/wgbh/nova/manyworlds/original.html.  If you would like to read my poor contribution to the subject, I posted it in my portfolio under the title, If I May Bloviate, on July 20, 2012.  Or you could just buy my books.