The founding fathers understood that most men will not seek out freedom, that it must be thrust upon them. To ensure that the basic rights all men require to fully realize their humanity would not be arbitrarily bargained away, they appended the Bill of Rights to the Constitution.

One must remember that the United States is not just a democracy; it is a constitutional republic, allowing majority rule within clearly defined constraints. Left to determine their own destiny, without the constraints provided in the Constitution, the citizens of our nation or any other would invariably embrace whichever form of tyranny best marketed itself. Terms such as left wing or right wing would have no relevance, so long as the system was patriotic and, above all, repressive.

This is not because people don't want for themselves the right to express their opinions; they just don't believe they should have to extend that right to the sort of people who would disagree with them. Freedom of speech has little value to men who have nothing in particular to say. And since the overwhelming majority of men has never conceived an original thought or held a contrary opinion – they simply echo what everyone else is saying – a right far more precious to them is the freedom to stifle their more imaginative neighbors.

While all men want for themselves the right to worship as they please, they realize that the only true religion – their own – is in no serious jeopardy. It then becomes their civic duty to ensure that the weirdoes next door be appropriately restrained in the practice of their less acceptable beliefs.

It is important, of course, that the unjustly accused be given the right to establish their innocence in a fair trial. But are we not, ourselves, law-abiding citizens? We have never been – nor is it conceivable that we will we ever be – accused of a serious crime. The sort of people who go around getting themselves arrested are a different breed altogether, and they shouldn't be allowed to escape societal justice through the unethical manipulation of the law by clever and unprincipled lawyers.

We understand that a free press is essential to the maintenance of a free society. We hasten to add, however, that certain obligations attend that freedom. By now it has become apparent to all right thinking Americans that the national media has defaulted on its obligation. It offers a very biased and self-serving presentation of the news, ignoring all that is good and wholesome about our country and concentrating on the sensational, the less savory aspects of the system. The time has come for the courts – or if not the courts, then the politicians – to clamp down on this unscrupulous orchestration of the truth. After all, we patriots also have rights – we have the god-given right to pick up a newspaper or watch an evening of television without worrying that we might read or hear something that will disturb our placidity.

Alright, maybe we don't vote in every election. But then, why should we? We'll never get a decent candidate elected or a sensible program enacted as long as elections are dominated by all these radicals who care more about saving the whales or protecting some foul mouthed writer, who's only getting what he's got coming to him, than they do about patriotic 'Murican values. Isn't it time we considered limiting the right to vote to patriotic God-fearing 'Muricans who will uphold the traditions we learned from our loving parents? And anybody who doesn't like it can go right back wherever he came from.

Isn't this really what America is all about: of the people, by the people and for the people? Don't tell me that the founding fathers threw off the chains of tyranny; that the pioneers carved this great nation out of the wilderness; that countless soldiers throughout our history laid down their lives just so we could turn the country over to THEM! Forbid it almighty God! I know not what course others may choose, but, as for me, give me liberty or give me back my assault rifle. 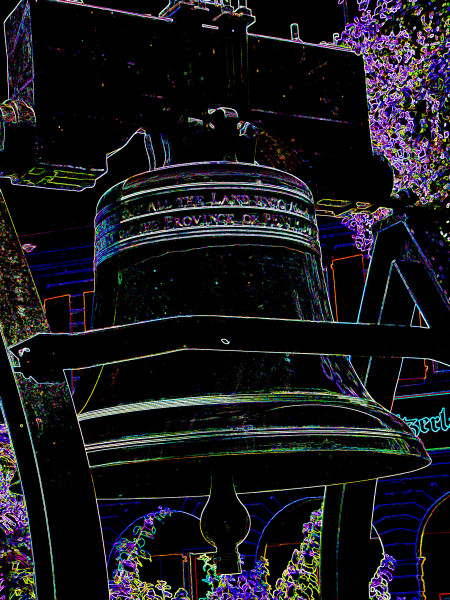