She came to him where he lay on the bed and whispered lilac scented secrets into his ear. While her right hand nestled in his shampooed hair, the fingers of her left drew small spirals down the ridge of his spine and described sacred symbols across the playground of his chest. She snuggled close and shared her hungers and her body heat with him. And a turquoise fire danced in her violet eyes. 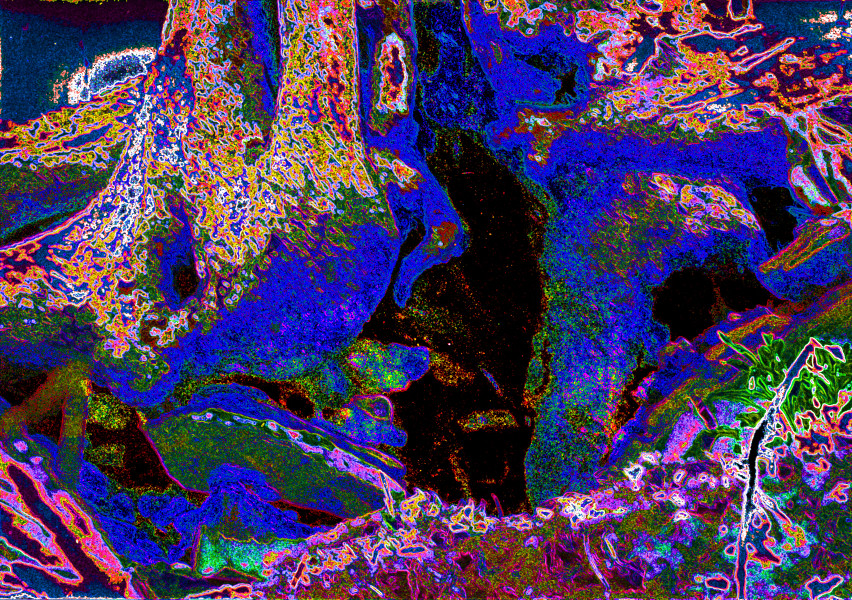 From somewhere very near, yet beyond the confines of concrete reality, celestial strings played strange seductive melodies. She rose as the mist over open waters, and, sheathed in white satin, she writhed and turned in antediluvian fertility rites. Desires, long denied, dictated the intricate gestures of her dance. Her garment, loosed of the knot that had held it, slipped from her shoulders and flowed down silken skin to lie as a pool of phosphorescent liquid at her feet, bathing her glorious body in radiant light for his attending eyes. She held out her hand to him and bade him join her in the dance. And a tattoo of distant drums echoed the synchronous rhythm of their rapidly beating hearts.

But as he rose from the bed to join her, and as he reached out to take her hand, the door burst open and the dark essence of his mother surged into the room like a storm cloud borne before the wind, driving Elizabeth's sweet fragile spirit into a far corner where he couldn't reach her or feel her sustaining presence. The razor strap descended on his back, and a large and painful purple welt rose to meet it. He cried out in his fear and anguish, and his cry mingled with the banshee wail that emanated from the dry mouth of his dead mother. He turned to run. But there was no escaping her when the fury possessed her. Again and again the strap fell across his shoulders, driving him to his knees and arresting the curdled breath in his throat. And somewhere far away a phone rang urgent interjection into his troubled sleep. The strident exhortation of the telephone laid challenge to the mother's persistent wrath. But the mother clung to her wayward son, to hold him – to imprison him within the crystal keep of the dream.

The first ring signaled the beginning of a tug-of-war for Tokay Red's sorry soul. Ten . . . twelve . . . fifteen times it rang and more. Each sporadic ring dragged him toward the light, and, during every pause, as though bound by an elastic band, he would be drawn again into the abyss. Over and over he yo-yoed through this twilight realm, neither awake nor sleeping and incapable of sustaining either state. And it was only with the cessation of the ringing that he finally broke free of his nightmare.